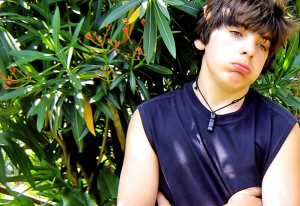 With last night’s announcement of Shenmue III‘s Kickstarter came much jubilation from fans across the internet. Today, as Shenmue fans awake to a new reality where Shenmue III is happening thanks to the project already reaching its $2M goal, there is a feeling of both excitement and uncertainty.

While Shenmue III is very much a project spearheaded by Yu Suzuki and his Ys Net company, SEGA retains the rights to the franchise and at the time of this story are only involved in an IP holding capacity. As such, SEGA continues to operate as they have been on social networks, promoting upcoming titles like SEGA 3D Classics, Sonic Boom: Fire & Ice, Yakuza 5, and upcoming PC and console titles from internal developers Sports Interactive, Relic and The Creative Assembly. “I follow SEGA on Twitter and Facebook,” one Shenmue fan tells us, “whenever I saw a new post from SEGA, I’d do what any sensible fan would and wrote ‘WHERE DA FUCK IS SHENMUE 3 SEGA?!’.” Now, however, with the Kickstarter’s announcement, that fan (who wishes to remain anonymous) is grappling with what exactly to do now. “Yeah, I still like SEGA, Valkyria Chronicles was fun and Alien: Isolation was my favorite game last year. But now, I’m not sure how to respond to SEGA’s posts.”

Anonymous is not alone, as other fans we have spoken to including Jason Senhouse of Upper Darby, Pennsylvania are grappling with the same problem. “I saw the announcement of Tembo, and being a big Game Freak fan I wanted to say something, so I replied ‘jesus christ SEGA why not spend this money on shenmue 3 the fans want it and ur wasting money on this shit’, but now, I’m not sure what I’ll say to future posts about the game.” In our conversations with Anonymous, Jason, and other fans we’ve seen the same story play out of mixed emotions of elation and disorientation. While these fans do not represent the fanbase as a whole, what were a loud, disruptive, and often times incredibly annoying group are now venturing into a new frontier. Jason S. spoke of his hopes for the future: “I’m really excited for the third game, but I did note that Suzuki said ‘continuation’ and not ‘conclusion’, so maybe we need to get the word out on Shenmue IV? I don’t know, I guess I’ll see how people usually reply to Facebook posts, though I’m not exactly sure what you’re supposed to write when there isn’t a Shenmue game to ask for.”

This entry was posted in Uncategorized. Bookmark the permalink.