The Weakly Five: The Five WORST Sonic Games… EVER! 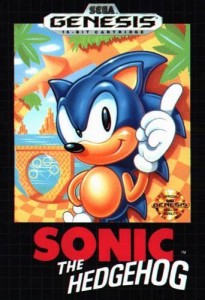 Every true blue SEGA fan knows that SEGA IS SONIC and SONIC IS SEGA. You can’t have one without the other. What was I getting at? Oh yeah, there are some GREAT Sonic games out there. Sonic ’06, Heroes and Shadow the Hedgehog come to mind. However we’re not going to talk about those gems. Today we’re going to look at the five WORST Sonic games out there. Can you guess #1?

Okay, while Sonic’s name isn’t in the title, he IS playable and so this is technically a Sonic game. Basically, after unlocking Sonic you’re able to ply as him in the Splash Garden stage of NiGHTS into Dreams. Unfortunatly, the camera is worse than the one in Sonic Colors and there is no spin dash. Don’t get me started on the controls, they’re AWFUL! Might as well play the game with my feet. Christmas NiGHTS is by far one of the worst Sonic games. Can’t believe SEGA sold this in stores. 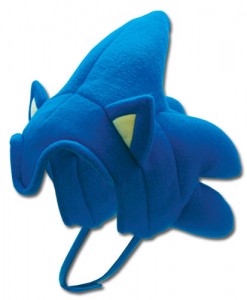 Two words: Wii Exclusive. That alone makes Sonic Colors a poor effort on SEGA’s part. Every SEGA fan knows that Sonic’s home is on the 360. I mean, the XBOX can play just about every Sonic title except for Sonic Adventure 2 and Sonic CD. So why in the world did they stick Sonic Colors on the Mario console? I’ve yet to play the game, but when it releases in HD to the 360, I’ll be sure to give it a try.

Way to go SEGA. Not only did they cut out the adventure fields, but they also removed Big the Cat’s fishing levels AND gave Knuckles a girlfriend. Every Sonic fan knows that Knux’s girlfriend is Julie-Su, not Rouge! You’d think SEGA would take Archie continuity under consideration when creating a game. But no. Instead they create a flying bat and completely ignore the rich Echidna backstory laid out in the comic books. Thankfully, the one GOOD thing to come from SA2 was Shadow, who went on to appear in the awesome Shadow the Hedgehog. It’s just a shame that Sonic Adventure 2 never released to the Dreamcast. Still, I guess it’s one of the better Gamecube exclusives.

Basically a bad game for the same reasons as the Wii version, but replace “Wii” with “DS” and “360” with “iPhone”.

Who didn’t see this one coming? Seriously. SEGA needs to stop rereleasing this crap and just give us Shenmue III! Okay, so maybe it was a fun game back in ’91, but now it just sucks. First off, no spin dash. WTF? Spin dash IS Sonic. Sonic is all about speed, and the spin dash brings instant speed. But it’s not in this game. Second negative point: No homing attack. Seriously. Fan games can get this right, but Sonic Team can’t!? Just put a homing attack and spin dash in Sonic 1 and it would be 100X better!

But I’m not finished. Sonic 1 is a broken game. Every SEGA fan knows that there are seven chaos emeralds. Well in the many years of playing this game, I have YET to find the seventh emerald! Must be a glitch or something. Maybe if SEGA patched the game Super Sonic would finally be possible.

Let’s also not forget that the game doesn’t work with Sonic & Knuckles. Why not? They’re both Sonic games! I don’t know how games work, but I’d assume the sprite is on the S&K cart and it just dumps into the Sonic 1 cart, allowing you to play as Knuckles. Knuckles the Hedgehog needs to be made. You hear me Sonic Retro? Get on that!

This entry was posted in The Weakly Five. Bookmark the permalink.

11 Responses to The Weakly Five: The Five WORST Sonic Games… EVER!